I am a Grand Prix dressage rider, vegan athlete and Equine Behavior therapist based in the Netherlands. I am a teacher at the Tinley academy, a science based research institute on animal behavior.

My mission is to make clickertraining mainstream in the horse world and make positive reinforcement applicable in sport. I am one of the 3 amazone's of the populair Dutch podcast "Amazones met een Missie" (Amazone's on a Mission) where we discuss the future of the equestrian world and how we can improve animal welfare. Dressage is for the horse, for all horse breeds and for riders from all backgrounds.

My horses are barefoot, turned out all day and have a forage based diet. My horses are trained through classical dressage and with positive reinforcement (food rewards).

I am born in Amsterdam and I have a Dutch father from Utrecht. My mother is Italian, born in Rome and immigrated to the Netherlands as a child. I grew up in Brabant. My family taught me the love for animals . My first pet was a chicken named Truus who I trained to do tricks. She died of old age at 16 years old.

I do not come from a horsey family and started horseback riding at my local riding school. What fascinated me about horses, was how they carry humans on their back and their impact on human history. At a summer camp I met a fjord horse named "Guus" when I was 12. I wanted to buy Guus, but my parents were afraid for the costs of owning a horse. After 1 year I convinced my father: I found a pasture between the cows, where Guus could stay for 30 euro a month.

After 1 year I became a member of the local pony club who I could reach by feet for the weekly lesson.

When I saw a dressage freestyle on television, I was hooked: "Horse and human dancing as one body"; I wanted that too. I recorded every international dressage show when it was on tv and watched these tapes over and over. I found an old Dutch book "Rijden en africhten" from 1937 at my parents house. It did not have pictures, but I was draw to it because it described how to school a horse until the airs above the ground. Something that blew my mind: flying on a horse!

I wanted to start competing dressage with Guus but I was told I needed a sport breed for that. My father bought a one-horse trailer to connect to his car for 1200 euro so we could travel to competitions. Within 2 years I became regional champion in the Z2 level with Guus and got in the news paper. We were invited as a special act at the FEI World Cup dressage in 2006 at 's-Hertogenbosch. Here we showed that also a draft horse can do piaffe and passage in a self-made white dress.

Guus also became the first Fjord horse in the Netherlands competing Subtop. People started to call Guus, "Super Guus". He got his own fanclub and book "Guus" published in 2006. It fascinated me how telling the story of an unknown animal can make an animal loved by so many.

Super Guus is with me for 24 years and I still ride him at 27 years of age. He is a wise grand father horse enjoying his life in the field with my young horse Jai. Even when Guus is not human, I consider him as my greatest life teacher. 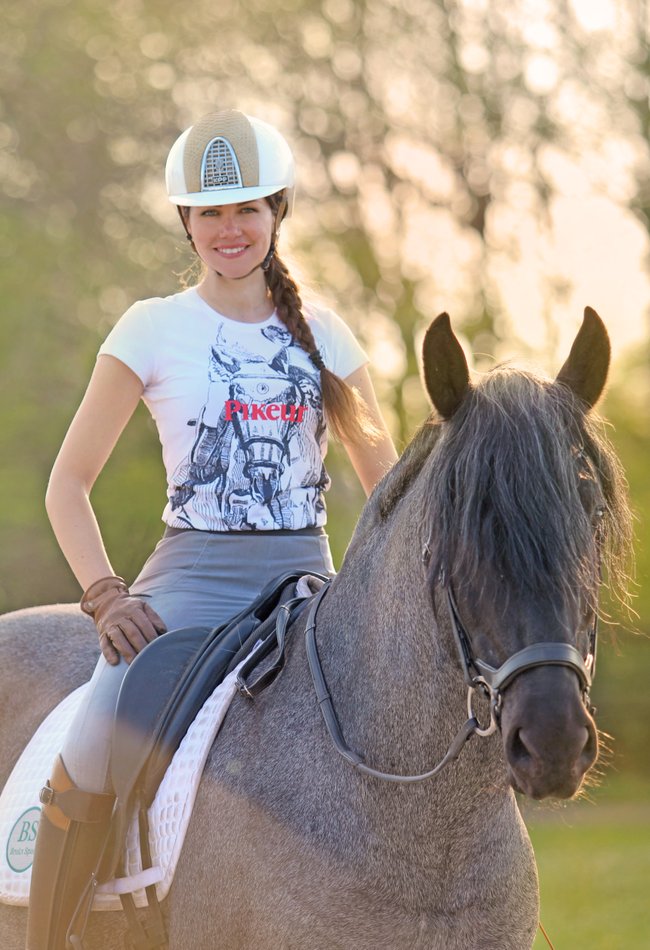 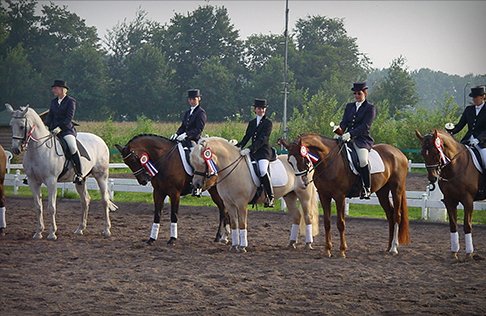 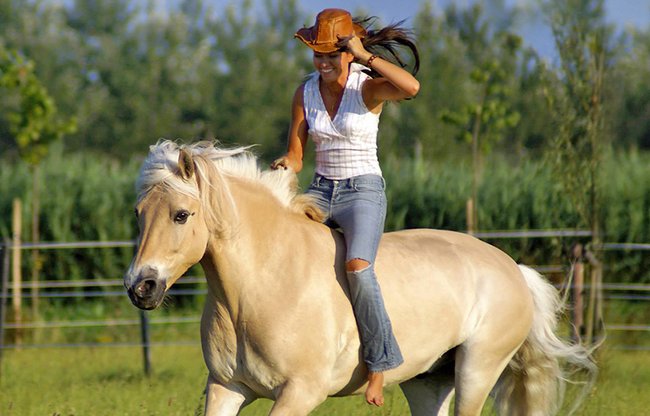 I did not grew up knowing a lot about my Italian roots because of a family break up before I was born. My grand father was from Maddaloni, Caserta. Like many Southern Italians, my family moved up north for economic reasons. When I heard about the Murgese horse, an Italian baroque horse breed originated from the South of Italy, I thought this horse breed could be just as successful competing Grand Prix at Olympics like other baroque horses like the PRE from Spain and the Lusitano from Portugal, already bin. But in Italy dressage was not a popular sport like it was in other countries. From Guus I learned dressage is truly for the horse and every horse breed can benefit from dressage.

In 2012 I took an airplane to Puglia. I found my Murgese Carletto at the first breeder I visit. I saddle broke Carletto myself with systematic desensitization and the first human he had on his back was me.

After 8 years of hard work and giving my best as a horsetrainer, Carletto became the first Murgese in history in Grand Prix. Also Carletto I consider is one of my teachers. He is a very introvert horse and it was not easy to find a way to motivate him to work for me. Carletto taught me how to train with positive reinforcement (food rewards) under the saddle.

Eileen Spaan studies Event Management, is a model and helps me with my horses during events. She is great handling my stallion and always stays calm and positive in challenging situations. For more information go to her Instagram. 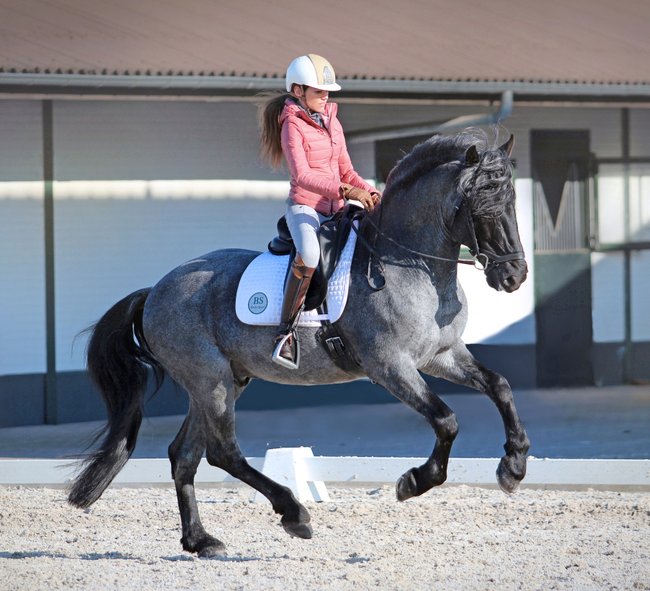 Jolanda Adelaar is an ambassador of Riding for Africa